God it feels good to help people! I'm telling this story, not for you to be impressed with what a great guy I am (cause I'm not), but to inspire you to pay it forward whenever you are blessed with the opportunity.

I was hanging out at the park today, shirt less and in shorts, trying to stay cool in this heat wave, when a rattley vehicle pulled up behind me. The voices sounded young and in distress so I got out and said what's the problem?

It was three teenage kids, two skinny little white girls and a boy with an afro. The driver of the little car, with the hood up, said her radiator was cracked and she was pouring radiator fluid into it.

We chatted for a bit while the car cooled off, and they said they were local kids, with no money, and they needed gas. They were really nice and I immediately decide to help them out.

I told them that when they get the car cooled off, go down to the Taz Mart, right next to Crockett Shoals Tubing, and tell them that Jim bought them some gas. I know the couple that run the place pretty well as I drove the bus for CST a couple of summers age.

The kids were very grateful, I drove to Taz Mart, explained the situation to the guy, and left $20. As I was walking back to my truck I was overwhelmed with a felling I can only describe as fulfilling. 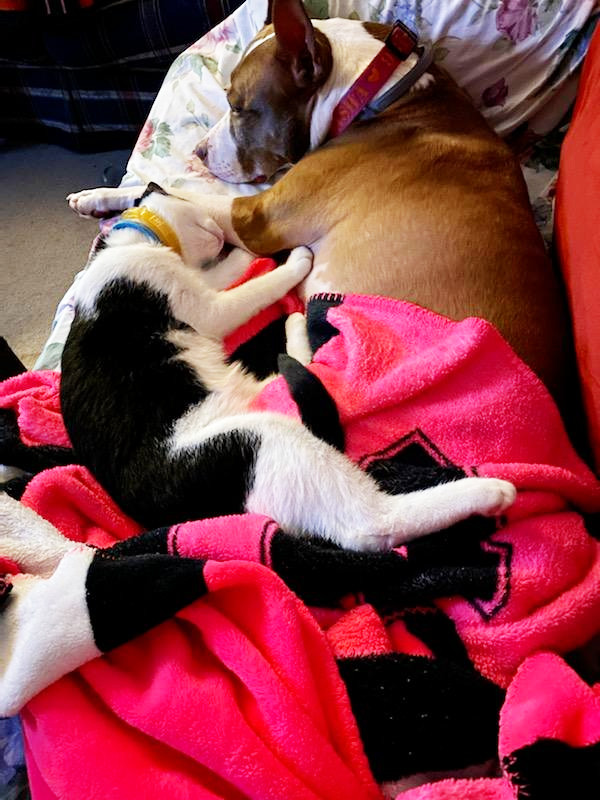 I took an amazing number of great shots at the Paris, TN parade recently, and trimmed them down to 392. This is overkill for even my diehard viewers, I get it. Well I decided to use the Roku Flickr app on my big 65 inch TV, and I was surprised to see them showing up as smaller images in the middle of the screen.

I shot these with my Sony 6500 with the zoom lens, taking multiple shots if possible, at different zoom levels. They were all taken in high resolution (4840 x 2832) with a size on average of 450mb. These are big juicy photos full of detail and clarity, but I had to reduce them down to 1024 x 768 to make them suitable for my blog, thus the small size on my TV.

So, I got the idea to create a new Flickr album and upload the full size images to it, in sequence from the beginning of the parade, to the end. It took me a couple of hours last night to upload all 392 photos.

Then I brought them up on my big TV and they filled the screen wonderfully, vividly, colorful, and wow! I watched the sideshow from beginning to end this morning, each photo up for about four seconds, and the whole thing ran for about twenty minutes. It was just like being there, standing on the sidelines, with the benefit of zoom.

I've created a link to the Flickr Sideshow Page, and if you have an unlimited data plan and a laptop or bigger, it's great. Click the third button over from the top left to start the show. I'm going to give it a shot on my phone, we'll see what happens.

btw: Flickr is one of the oldest photo sharing sites on the web, and I've been with them from the begining, paying a yearly fee to be a pro memeber, with unlimited uploads. That rate is now just under eighty bucks, which I just paid. So, I'm trying to get my moneys worth :-) and my current photo count with them is now 13,082.

And they are all referenced between my two blogs in some manner. From BusDriverJim (Jun, 2011 thru Sep, 2018) to OldManJim (Sep, 2018 to right now). I actually have thousands more photos stored on the server for both blogs, that never made it to Flickr...

Actually, there is a little vertical truncation on the big image, it could handle a larger screen then 65 easily!

Imagine sitting back in a comphy chair watching all of these photos rolling across your eyes, it really is like being there. I know, because I was there. Hey, if you're near my house in Lawrenceburg, TN, drop by, I would love to show you this.

I opened the door this morning and the first thing I checked was to see if Daniels work truck was gone. (It was thank god, no early morning drink parties like yesterday!) Then I saw the feathers on the porch.

My little feeding station is getting pretty popular, and the squirrels have been raiding my hanging feeder so bad I had to take it down. But the bird feathers indicate a fight of some sort occurred last night. I hope the bird survived.

Then I spent the afternoon with an old friend. It was great to catch up! 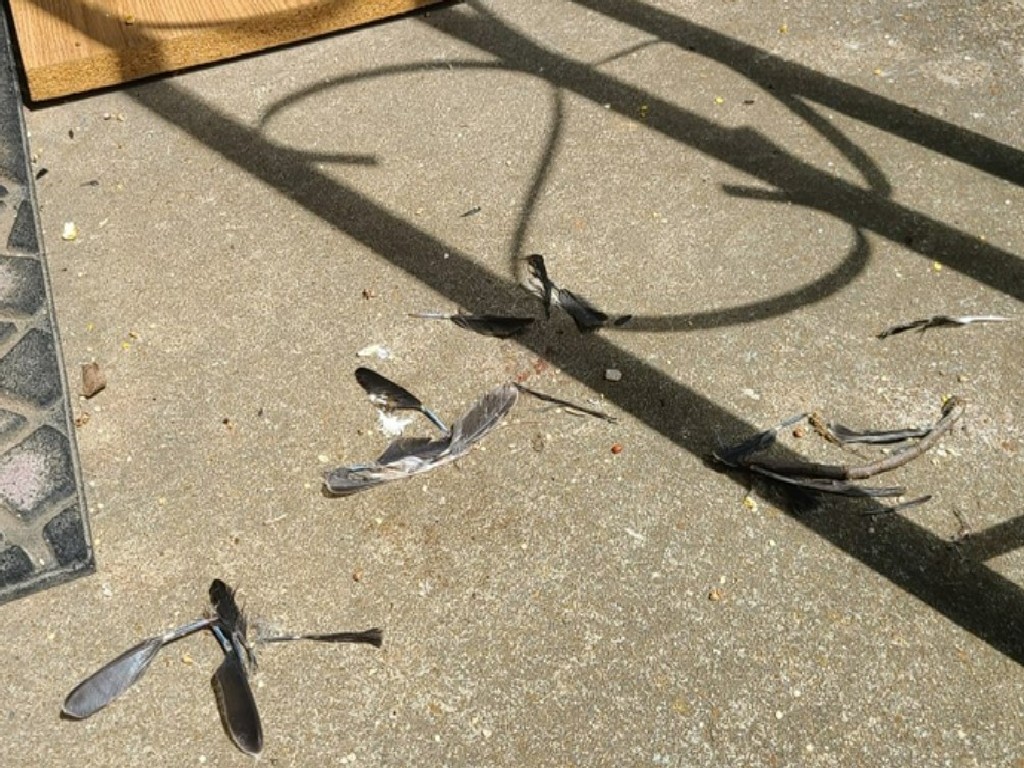 I had a pretty bird eating at my feeding board this morning. Daniel said it's a dove, he's a local boy so I will accept that. He also said that eating doves brains right out of their head with a spoon is a southern tradition. I think he's full of shit, and dove's brains.

No animals around here harmed on my watch! Even if he has two AR-15's and enough ammo to blow up the neighborhood...

Update: Daniel said he was talking about Squirrel brains, not Dove brains. Ok, that makes it all good...

A cool closeup video of one of my squirrels enjoying some treats.

Some shots from my porch: 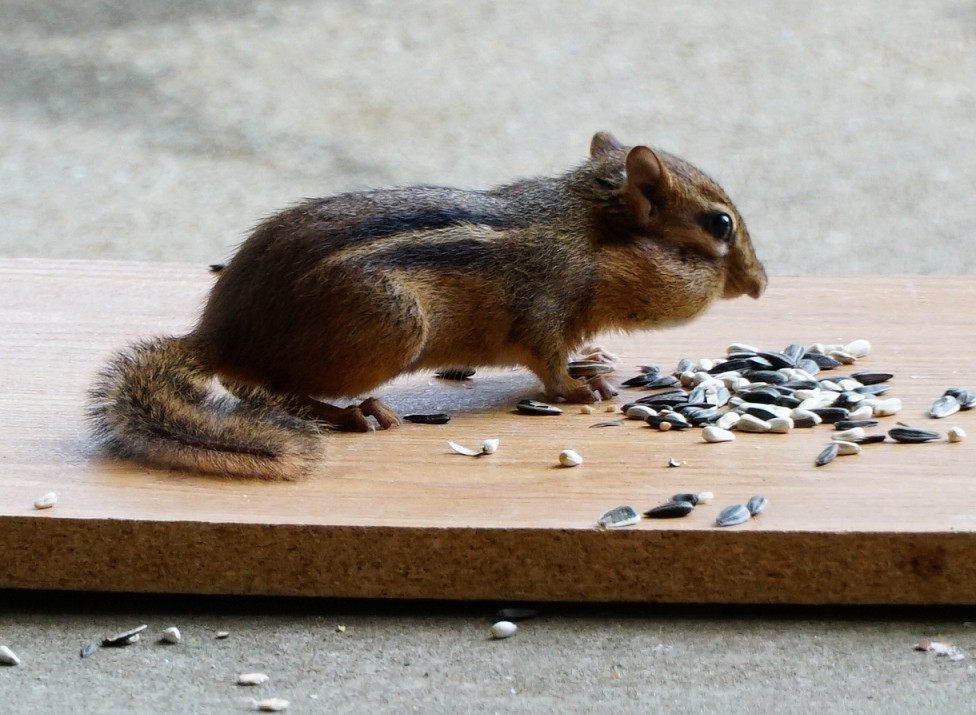 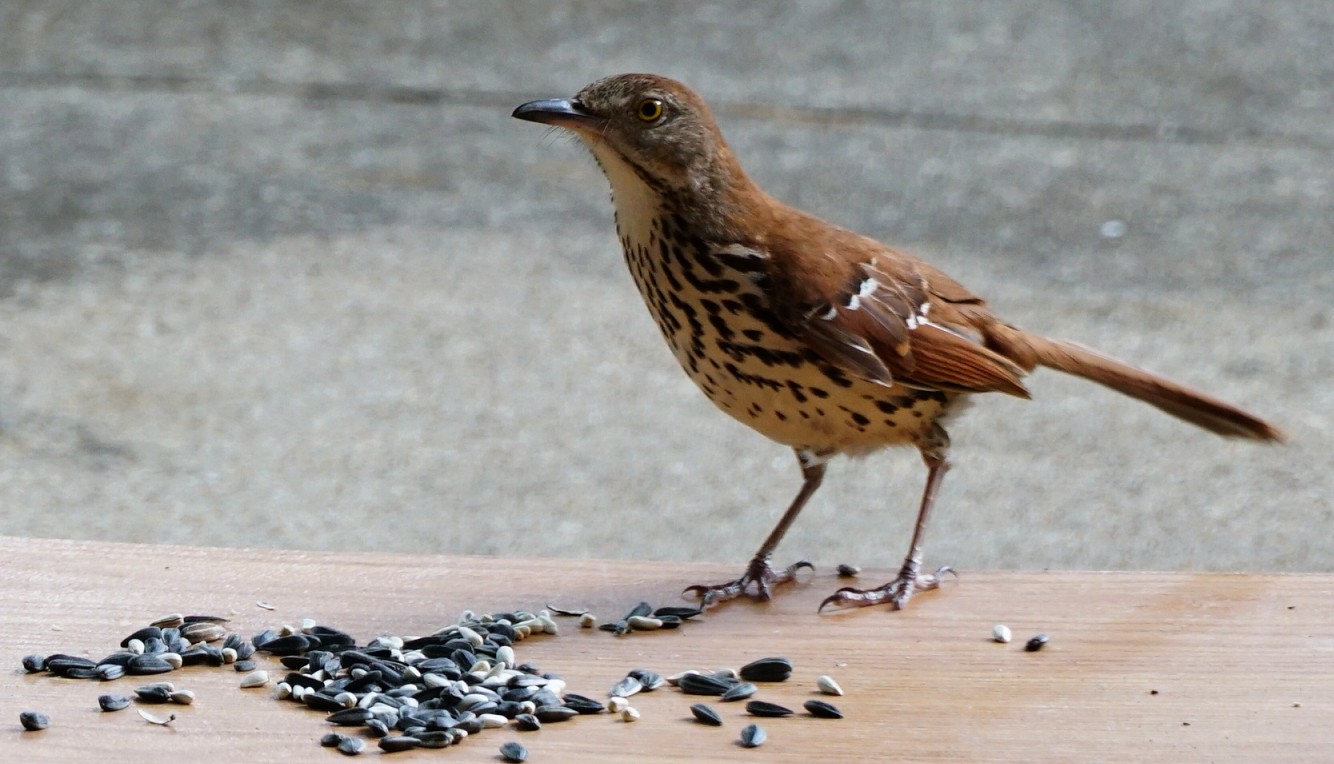 Ahh, the audacity of my little chipmunk friends! I feed them daily, they give me photo ops, and then shit on the table that fed them. Is this a message, or an accidental discharge? I suspect the former, for some unknown reason they are saying screw you, give me more food. Wow... 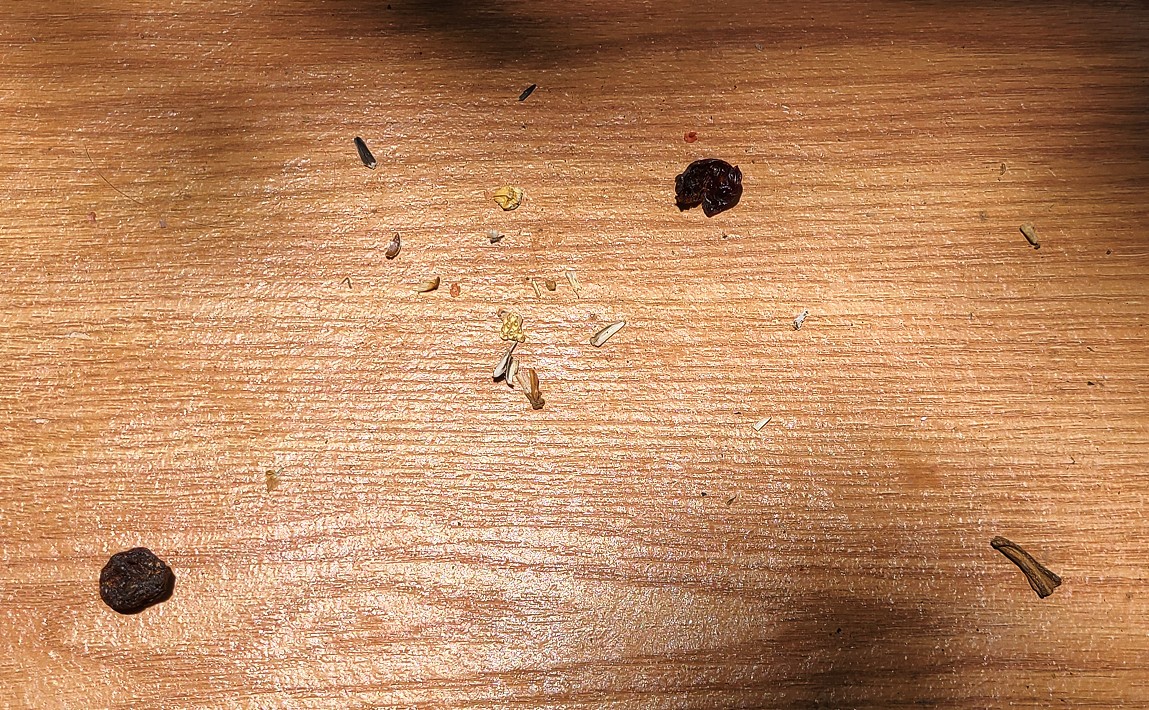