I'm heading up to Columbia on Wednesday for an 1100 appointment with my neurologist. They told me I had to wear a mask and bring my own, or they will send me away. So, I'm mask ready! 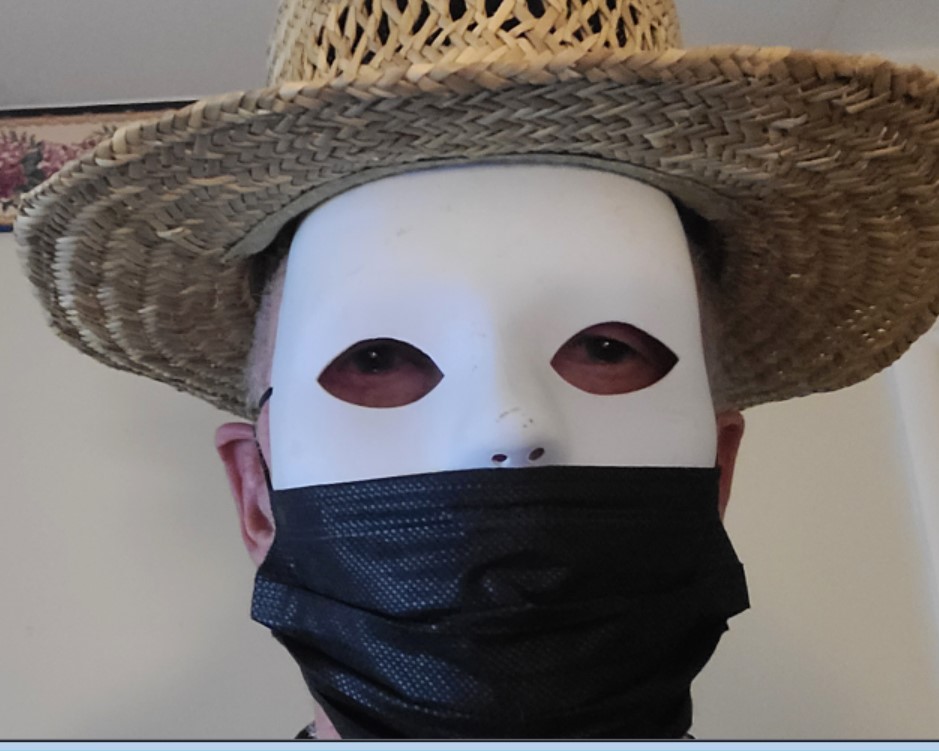 I'm done designing websites and I'm done developing apps. I've been writing code for 52 years now in some form or another, starting at Merritt College in 1970 in Oakland, CA.

The drive is just gone, formatted to empty. Shelby asked me last month about developing a site and I had to turn her down. I told her I didn't have the expertise to code the specific things she wanted, but I could have learned them, if the drive was there.

Losing skills is like the death of a great friend. It's been an integral part of my life, I've had great successes across many platforms, and now it's gone.

I can't even maintain the cool things I've created for this blog. Most of them still work and if you click on the menu item above called Stuff, you can have some fun. Just don't ask me to fix one if it's broken... 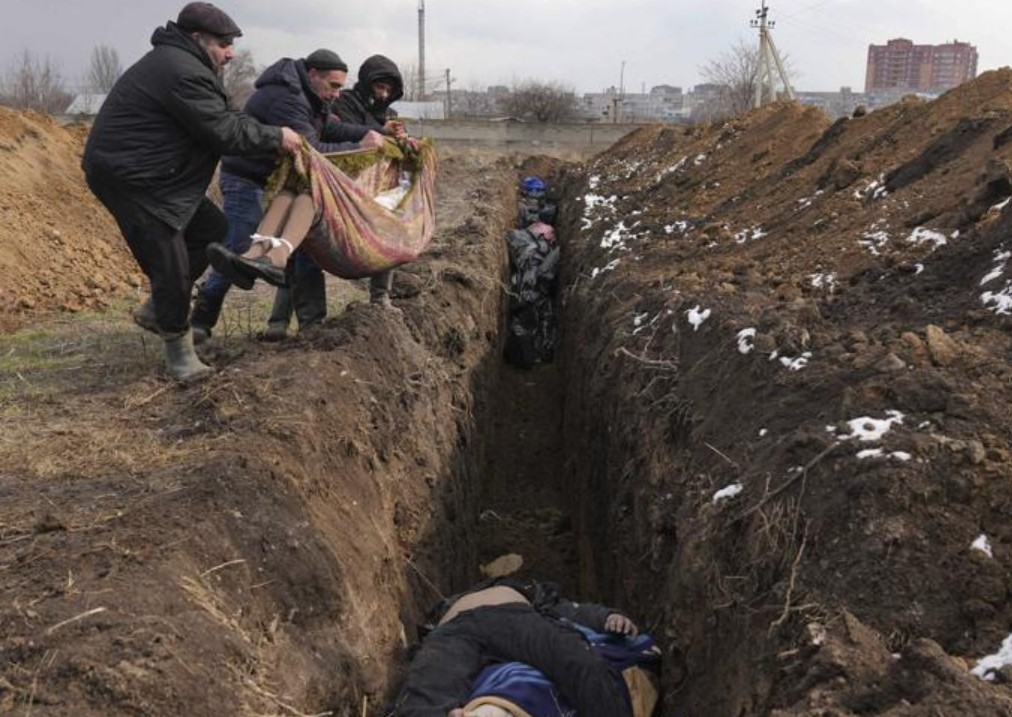 I've been hearing a load squawking out on the feeding board, and I spotted a couple of blue jays through the little strained glass window on my door. I knew they would split if I opened the door, so I took this photo through the glass.

It's a good enough shot to show the cool markings on their backs, with a great tail. The feeding board on my porch and the hanging feeder have drawn some beautiful birds to my little place.

Speaking of birds, I haven't missed a morning with my ducks and mister goose, since I started feeding them in the Park months ago. We now have a special spot at the dock, and they expect me there between 0815 and 0830.

Last night I went to bed with a clear head, and the tremors in my legs, and the cramps in my upper back, caused me to research the difference between Assisted Living and Hospice, when I stumbled out of bed this morning.

I'm a very independent old man, and I don't want to end up in either of those situations. But what if I can't maintain that independence?

I have also decided to stop sending Blog updates out to my very few family and friends!

Instead of subjecting my newest Posts to them via Text, they can drop by when and if they're interested. It's the way it should be!

I know, I have said this before, but then I feel the need to share, and perhaps find some understanding or validation in my words. This has to stop, now.

I can't count how many times I have written a gut wrenching Post, only to wake up the next morning thinking what the hell did I write last night!, and then trash it. If I don't send out the link, the odds that people will end up on my Sorry page, will decline.

I'll keep on blogging, it's in my blood after decades, but this is my last Text update...

The annual Lawrenceburg Xmas parade hit the downtown Square this evening, and I was there. The parade was supposed to start at 1700 and I got up there about 1640. I bopped into the bar and had one overpriced cocktail, then ventured out into the crowd.

It was a cold clear night, and everybody was bundled up. Why have a parade at night, in the dark, I don't get it. The first two floats finally showed up, twenty minutes past start time, and there was nothing behind them for quite a ways down the road.

I said screw it, came home, then climbed into my pajamas and turned the heat on. I shot a little bit of content, just to grab the flavor of the event: 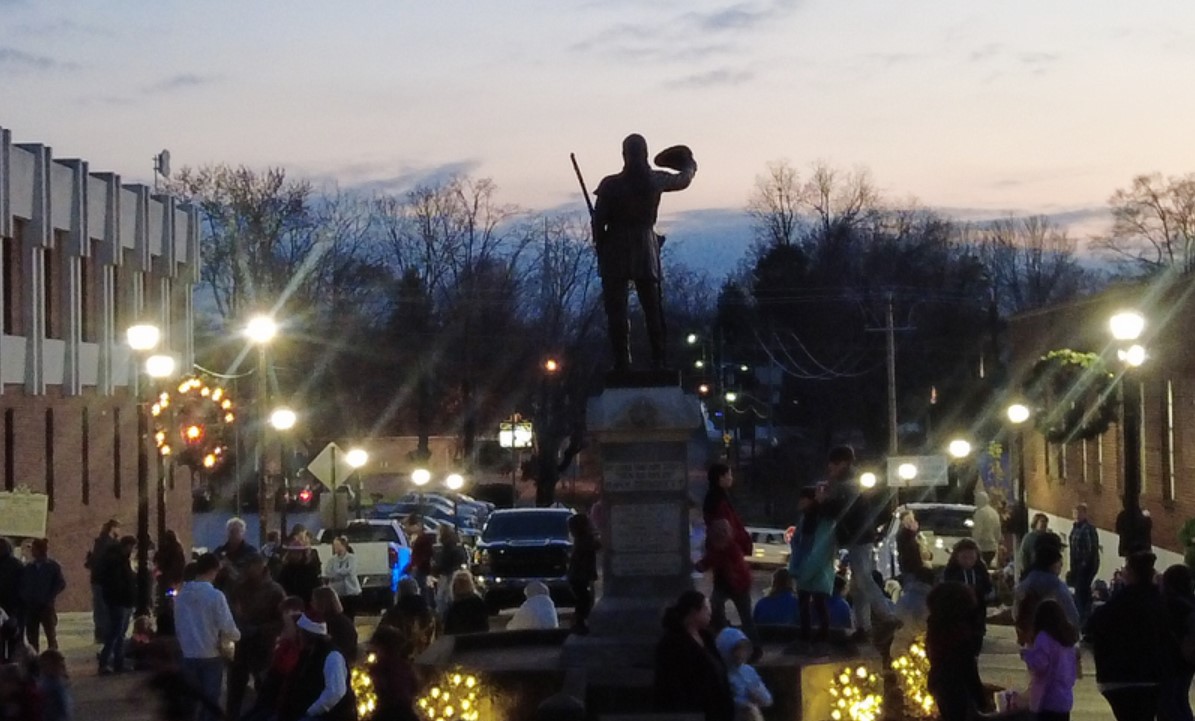 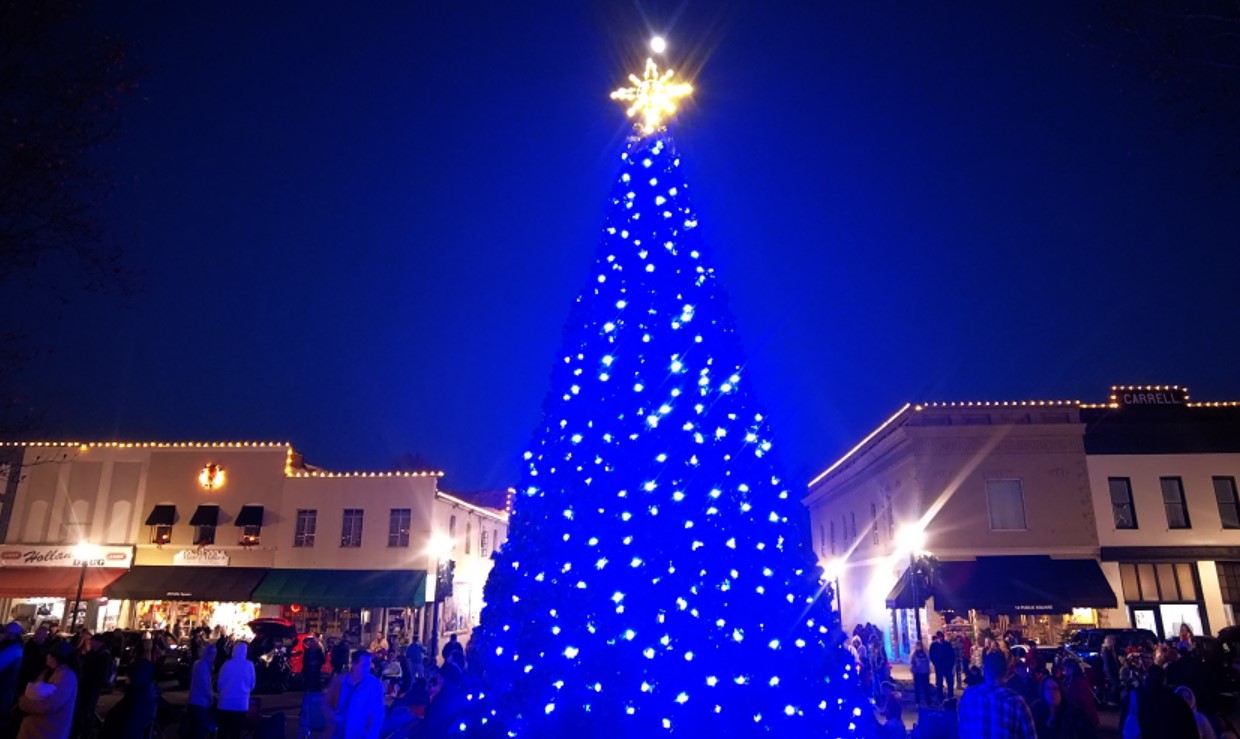 Living is hard. My tremors are getting worse and make everything difficult. Quite frankly, the only thing keeping me going these days, is the birds in the park.

There's a flock of about sixteen geese that apparently are wintering down with the ducks, and they all gather around me for feeding in the morning. It's an important meal for them, and has become important to me. It's called purpose, sadly. 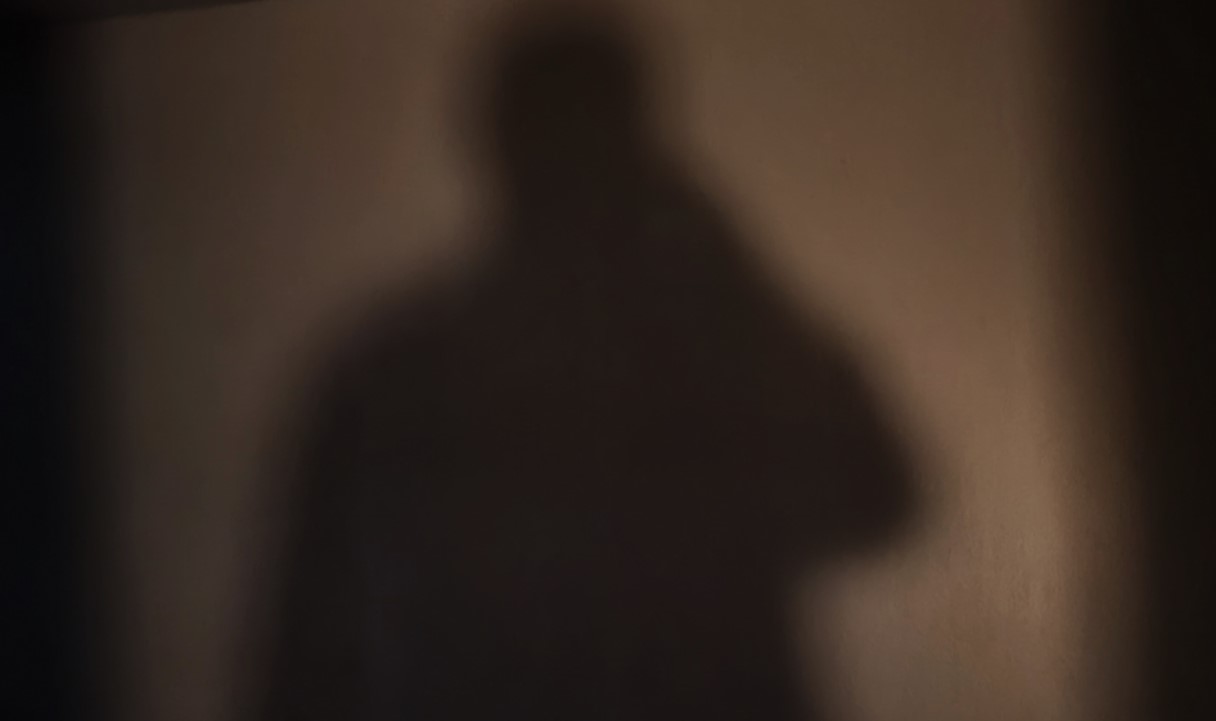 I made a decision a couple weeks after I moved into my house, that I wasn't going to consume our terrible tap water, or make ice with it. I was totally spoiled by the well water from our home at the base of the snow covered Grand Tetons in Idaho.

So I started a routine with the little tobacco store up the road, where I would say hi and slip two dollar bills and a quarter on the counter, even if they had a customer there, and go outside and get a bag of ice. The ice only costs $2.14 so I've been supplementing their register for the last four years.

Today I did the routine, but the ice machine on the side of their building was empty. So I walked back in and told them. They were going to issue a cash register refund and I said no, I'll just grab a bag in the next couple of days.

Norma said no and grabbed some empty bags and went back to their in-store ice machine. Meanwhile I chatted with Chris about this law requiring ID to be presented and scanned, for beer and tobacco purchases. He said it was mandated to sell Marlboro products, which means a database is established containing every beer and tobacco purchase you make. God I'm glad I quit beer and cigarettes decades ago, no ID needed for vodka!

Norma showed up with two bags of ice and a big smile. I guess that day I bought her a catfish meal from the fire station, was not forgotten! I have established a presence in the neighborhood, after four years, and it has value... 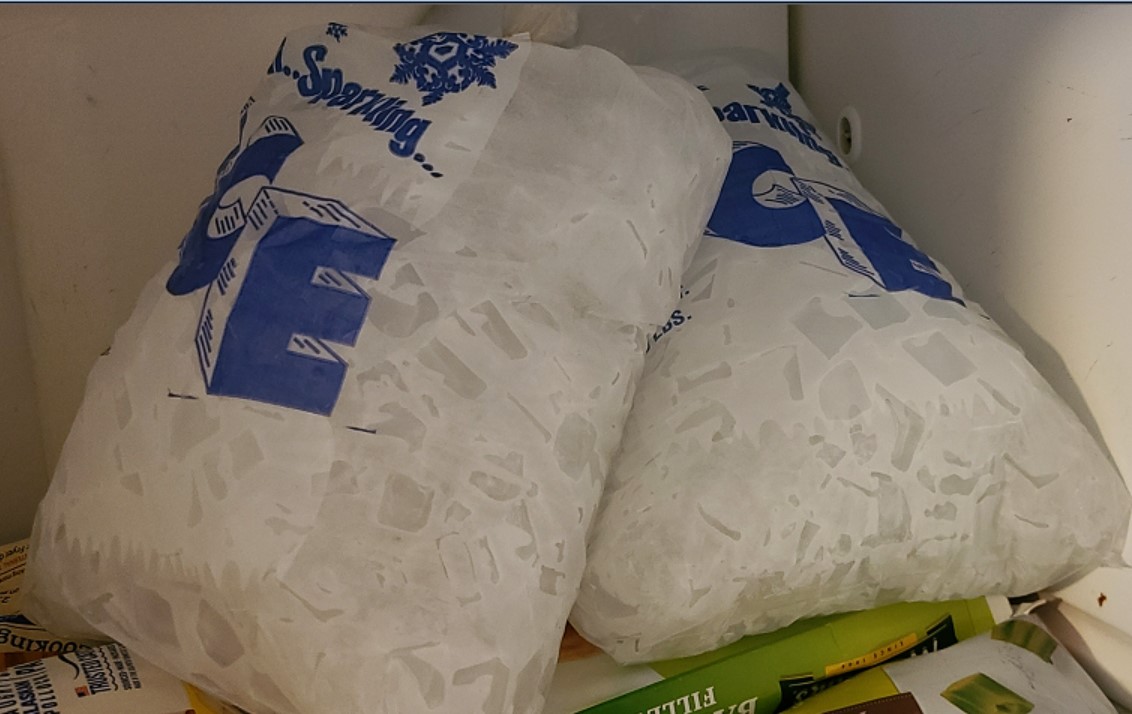 Madeline joined me for duck feeding this morning, they liked her. Auntie shot some video from a distance with my Sony zoom lens. Then we fed ourselves at the Park restaurant buffet.

It's great to have nice company in your life, if just for brief moments. My vibrations were raging this morning, and a large breakfast with the girls is just what I needed.

So how are you going to spend the rest of the Winter, old man jim?

Well, last Summer I patched float tubes, this Winter I'll just be the quack cocaine dealer down at the duck dock.

It would be great to put new leaf springs and tires on Jill, and spend Christmas with Shelby up in D.C. Haven't seen this grand-daughter since last Christmas, on a cruise boat in the middle of the Caribbean.

It's only 750 miles and twelve hours, I used to be able to pull that down in a day. Like on that jaunt I made across the country to see Riley in Seattle, two summers ago. I wore Lucy's ass off on that trip. 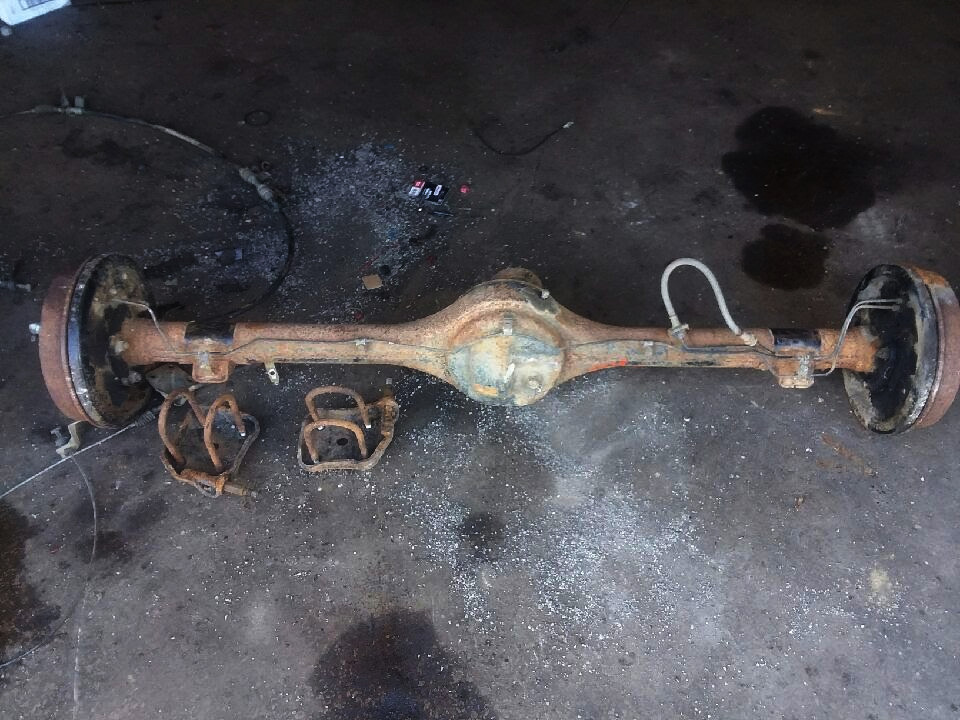 I'm not tied down, Piper is saddly gone and I'm not in a relationship, unless you count my husband Daniel, who is currently hanging out with his wife. Bitch! 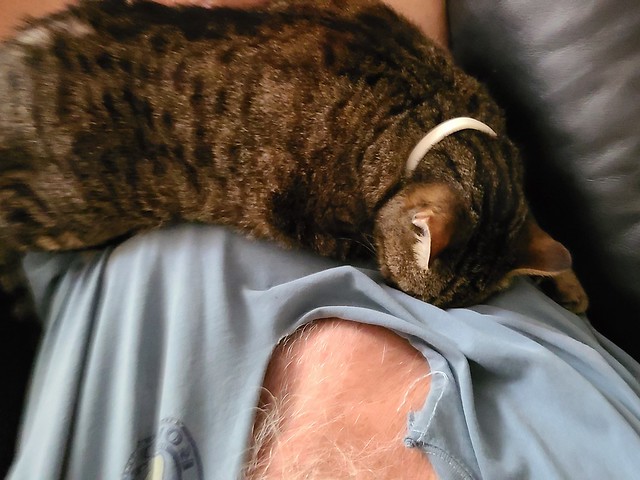 There are some things stopping me, like uninsperation, brain abuse, soul searching, fear that if something goes south, can I handle it?

Meanwhile, maybe I can get my ducks to frantically eat Quack out of Madeline's hand tomorrow. That would be nice.

Here's how I see it going down. Liz and Maddie meet me at number seven, tomorrow morning between 0800 and 0815, and follow me to the dock. It's important that we arrive together, because they know my truck.

Maddie and I will sit on the curb, by the dock, side by side, and feed them from seperate bags of Quack. Hopefully Liz can grab video.

I walked Veterans Park this morning, first time in a while, and wondered if I have one more run to Prime in me? I hate to say it, but I may have passed my prime.

I just need a controlled steady path forward. Feed my ducks, and maybe those ladies will contact me about dog walking.

With the trees barren, structures across Shoal Creek come into view. This thing looks like a giant hanger on stilts for a big boat, or maybe it's a large tree house, with people living in it. You never know, here in the South.

But I know what it is, it's the shell of a big beautiful home on the creek, that got wiped out in the '91 flood. Elizabeth and her mom were telling me about that night, they were stranded at the church, couldn't get home.

Anytime I give out my address to a local entity, they all have a story about folks they knew, that lived on my little street before the flood. 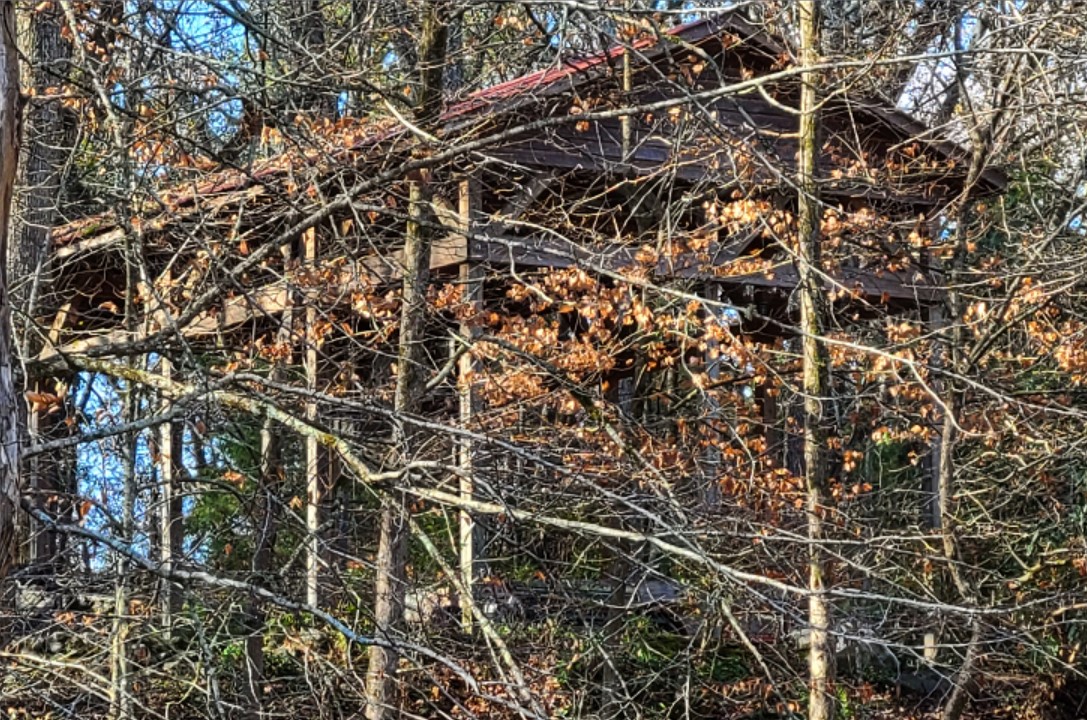 I finally climbed on the scale today, been putting it off, and came in at 172, before Thanksgiving dinner. I was kinda shocked, my Base weight is 160 and when I'm fit, not drinking and active, I can get down to 150, the Prime number.

The last time I reached Prime was in Driggs Idaho six years ago when I turned seventy. Quit drinking for almost a year, obsessed with my diet and exercise, you could see my abbs!

I've hovered around the mid one fifties a couple of times since I've been here, just nowhere near Prime, and now I'm twelve pounds over Base.

I keep having wild thoughts about taking advantage of my triple-vax status with passport, and hanging out in Cancun for a week. But I'm twelve pounds over base!

And I'm moving slow, stupid little things bumping up against memory loss. I'm not fit enough for a Mexican resort right now, besides, who would feed my ducks?