Took my custom hand rig down to the creek this morning to brush it off. Adding the hand-grip with an adjustor at the top and a badass small tripod to the bottom under my Sony A6500 mirrorless with a Sigma 16mm lens, made the rig balanced, easy to carry and I could set it down on things. I also use a Sony 18-135mm zoom lens. 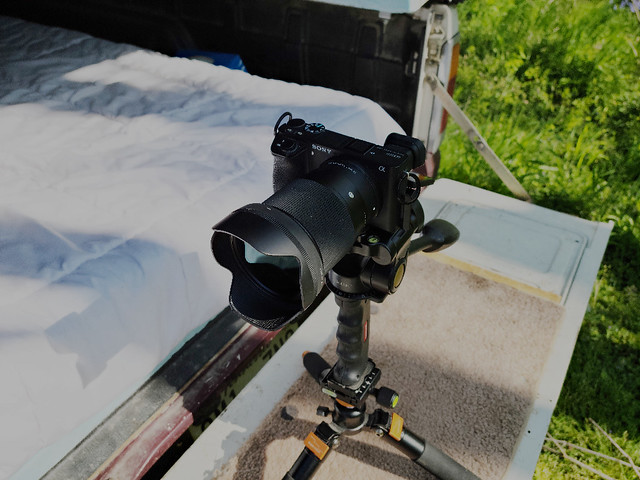 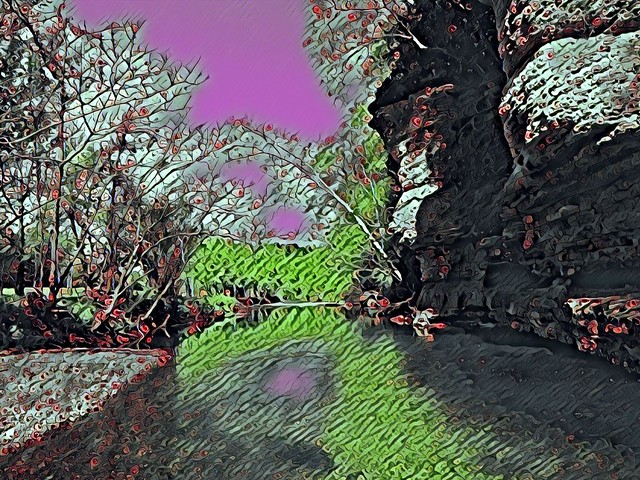 A phone call got me up last night, but that's fine, I accept real calls anytime of day. It was my nephew Brian calling from Jackson, WY telling me that he and his lady Nadia need a little help in Belize and he want's to spring for the flights if I can make it down there in June. What's the job? Having fun. I'm always up for that so I said hell ya!

I spent a day there on my recent cruise, click the Belize sign below to see my excursion to town: 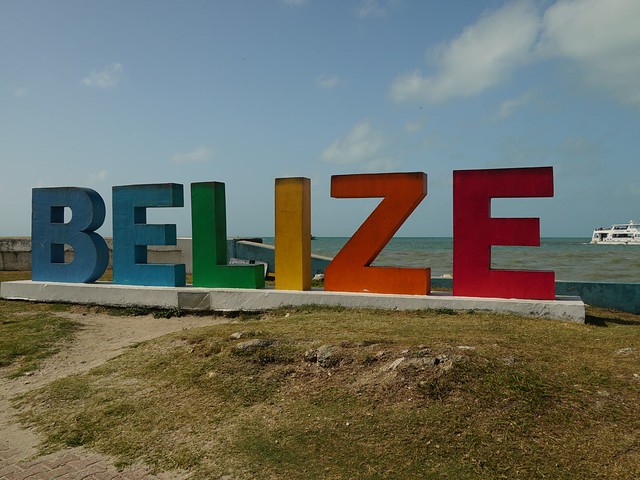 I have a sex drive but by consciously choosing to remove sex from the life equation, I'm able to focus more clearly on the important things: Booze, Pot, my Truck and my Cat.

My past becomes clearer the longer I live and I move forward in life knowing every breath might be my last. I have FOSDD (Fear Of Suddenly Dropping Dead) syndrome. What would become of my remains and my massive estate? Who would quietly shut down all of my stupid internet domains? Who would rub my cats fat belly...

The best cure for FOSDD is BPTC.

I recently created an amazing webapp called RideQue.com. Some late nights last winter I literally blasted out of bed with a brilliant solution to a block of code. Now I lift each leg out, carefully.

My whole life is in front of me, and unburdened. I ain't financially or emotionally holdin to nobody, with a little money in the bank. Maybe it's time to change the life equation?

Thirty years ago I lived in Kent, WA and one day I handed in my apartment key to the office and moved into the field next door. Borrowed a tent from Dave for a roof, flat broke and only had a few possessions, homeless.

I did have a little transistor radio though. The first song that played once I set up camp was Walking in Memphis by Marc Cohn. I always associated that song with that moment in my life, and now I'm living less than a gas tank away from Memphis, watching the original video on my giant TV in my small place at the end of a little dead end street in Tennessee.

So, in honor of the anniversary, I'm going to Memphis. Check that, maybe not, reviews are sketchy...

Behind my monitor, way above the ground, birds chirping, creek flowing, home... 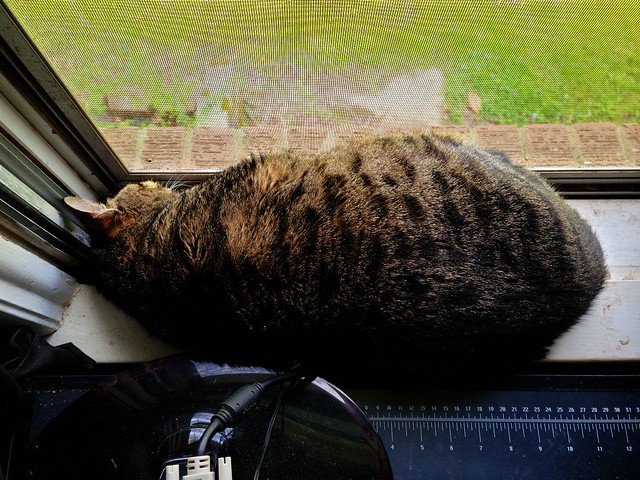 The old asshole is back, and I almost bought the domain oldasshole.com this morning, but bailed. The very last thing I need is another website.

I had an interesting day yesterday and decided to share it here. At 0800 I dropped Piper off at the Vet for a bath and board and kept on going north. Through Nashville, straight-pipe roaring loudly in the slow lane. Into Kentucky with visions of Paducah ahead signs blasting through my shades. Window down, arm out. Clean shaven, hair cut, the cool new hat my neighbor gave me, I must have been quite a sight in my old truck.

Just blindly following my GPS as I hit Illinois. As I was going up some freeway on-ramp, a hitch-hiker appeared on the side of the road, black backpack in one hand, and the other had it's thumb out.

We locked eyes and we both knew instantly that I was going to stop and give him a ride. He let go the backpack and raised both hands in the air like a touchdown sign, as I pulled to a stop right in front of him.

The guy has been on the road for the last thirteen years. He has no ID but he has a cellphone which he continuously played like a maestro as he video chatted with friends while snapping selfies of the both of us as I drove down the road. Mid thirties, dark red goatee, infectious smile, nice guy.

I told him I was in Illinois to buy a little sativa, a bit of indica, and a box of blunts. I invited him to hang while I made the purchase and I would brighten up his day. He tried to raise his arms again, but it's a low ceiling. We stopped at a Wendys and got us some lunch, then I left him sitting in my front seat while I went into the dispensary without a single worry. When you've been around as long as this old asshole you develop a sense about people, and I liked this guy.

We drove up on a hill that overlooks Marion Illinois, and smoked a blunt down to it's filter. We determined that our next moves in life were in opposite directions, literally, I was heading East he was going West, but I drove him six miles in his direction to a place he had hitched before. As he stepped out of the passenger seat he reached back in and extended his hand, and his shake was real and strong. A great life encounter and I feel honored to have met him. 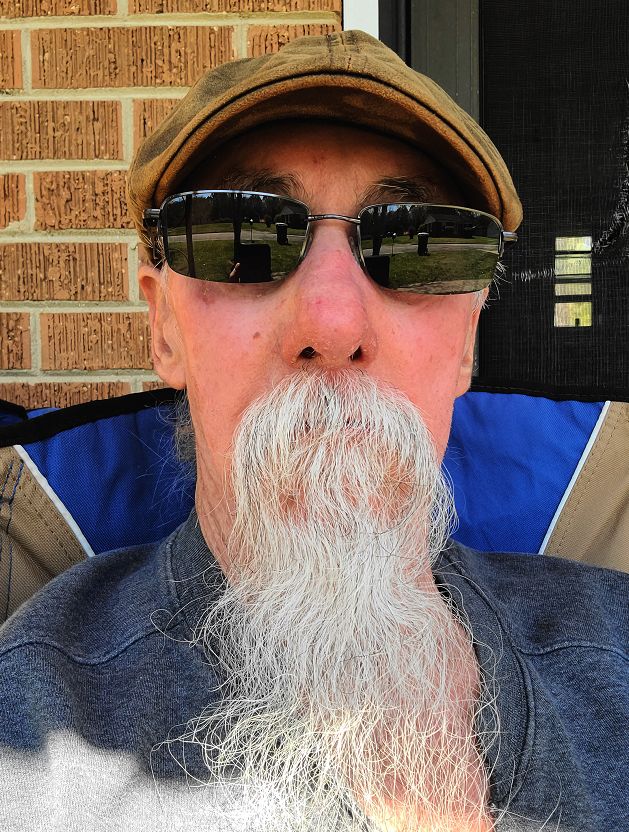 Hey, hi! Thanks for dropping by oldmanjim's blog. You landed here because you chose to and I am honored. I suppose you're wondering what's going on in my life so here's the straight shit:

Unfortunately, I'm pretty fucked up. I'm existing in a small place on a dead-end street in southern Tennessee. I have two friends here: my next door neighbor Daniel and Steph up in Summertown. I have a fat old cat who is both a godsend, and a pain in the ass.

My goal is to get the hell out of here. I came here three years ago thinking I could enjoy a family but the kids I had come to love were wrenched from my life, and my heart is broken badly.

I'm very depressed. That's not a good thing for a man becoming 75 in July, so I'm working on it. Wish me well...