Torrential rain and fireworks came sweeping into town this morning and I knew the beep on my phone meant the tubing day was canceled. Quite frankly, thank god. My poor old body has been in recovery mode since that nine hour non-stop, ass kicking, record setting day we had yesterday. Apologies to my co-workers for being in a pissed off mood, missing lunch and dinner will do that...

From my office window as I write this the creek is brown, angry and rising. Quite a contrast to yesterday when every load of tubers returning had at least one flat from sharp rocks on a low creek. Piper is back in, finally, laying here on my desk contentedly watching the show outside. She's been outside for three days but finally broke down soaking wet at the front door. 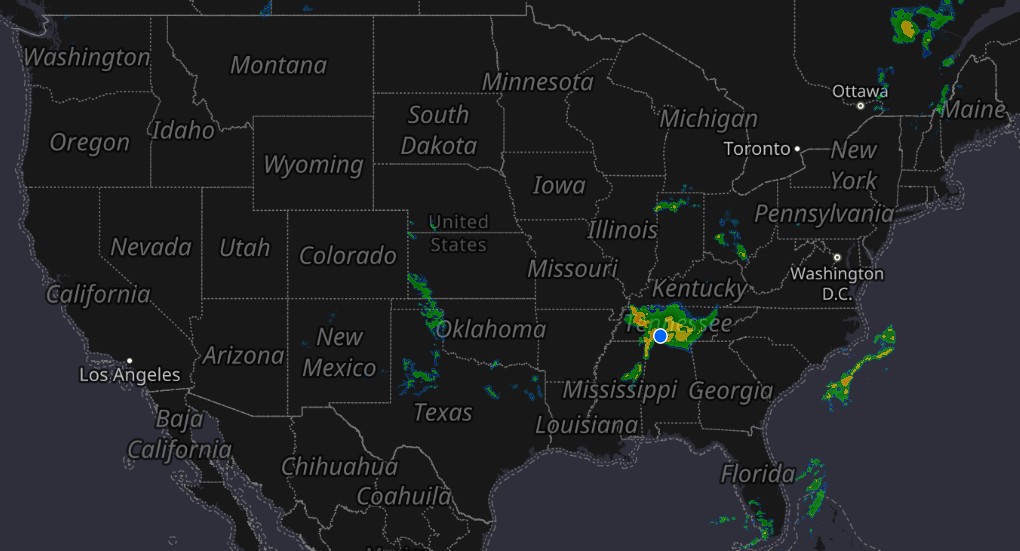 I need to delete the EGR valve on my truck. It is the last remanent of an insidious emissions control system imposed upon that vehicle. I've been running a Weber carb and a header for years now and that stupid damned EGR valve is still pushing exhaust back into the combustion process.

To delete means to remove it but I have to replace the hole it leaves with a solid plate. The local machine shop wanted $250 just to create a cad drawing from a gasket and who knows how much to cut it. So, I called my boy Riley, master auto body guy, and he said he could make one.

I purchased a gasket from Amazon, mailed it to him, and he just finished it. We're calling it my birthday present. Here's the EGR valve: 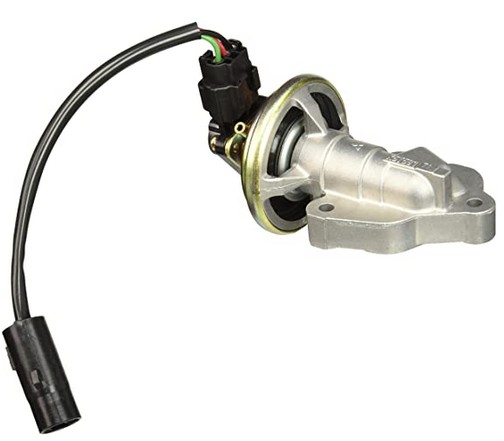 Here's the setup for the cut: 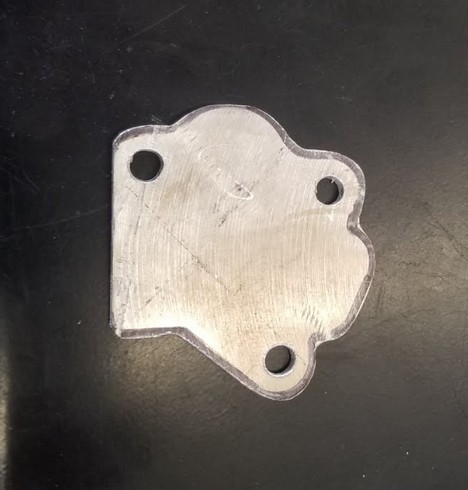 Had a fun group of teachers from Alabama ride with us today. These kids know how to party! They even went around twice, tubes tied, beverages held, working off steam. 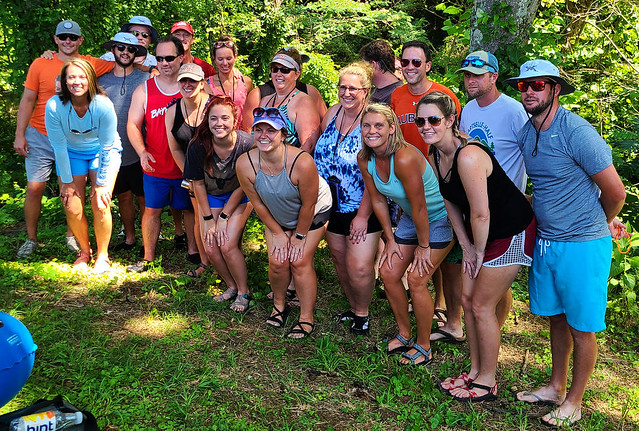 You just can't get a good fish sandwich in this town so I went to the store, bought the fixins and made my own. 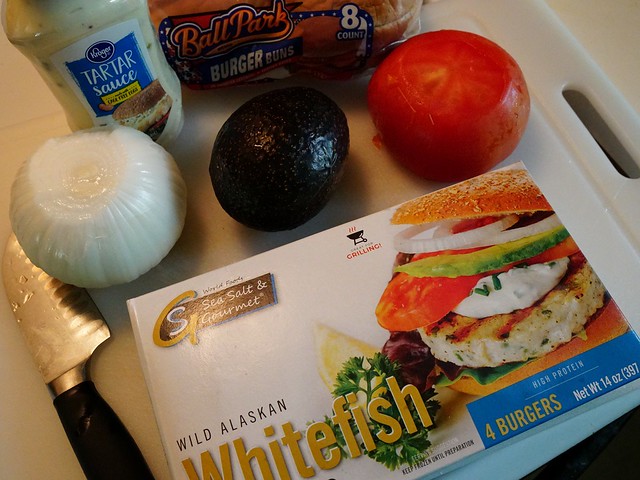 Ate both of them. 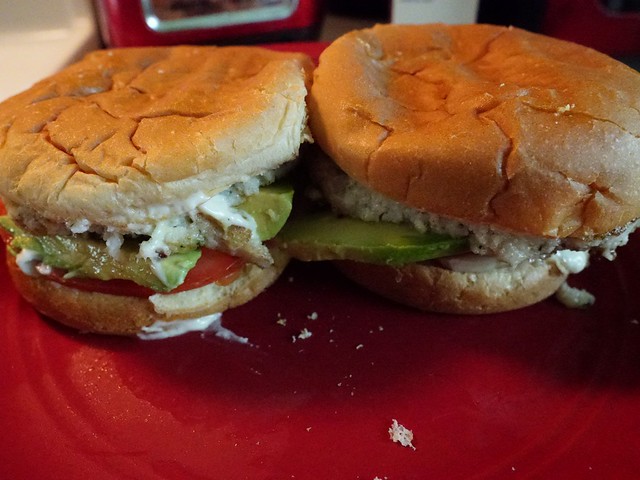 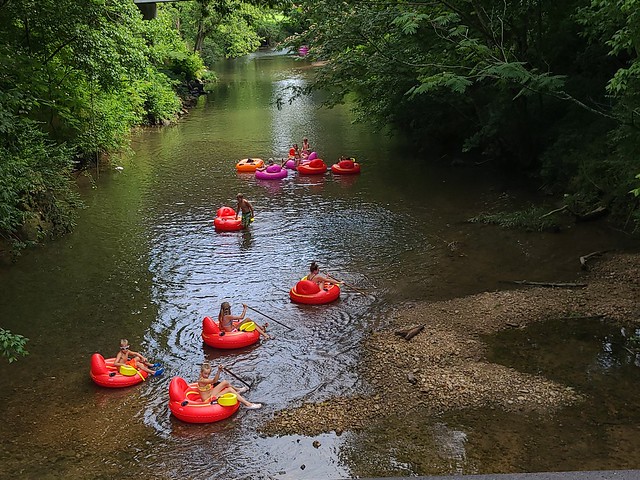 This was one of my workhorse vehicles over twelve years of driving at the base of the Grand Tetons in Idaho. 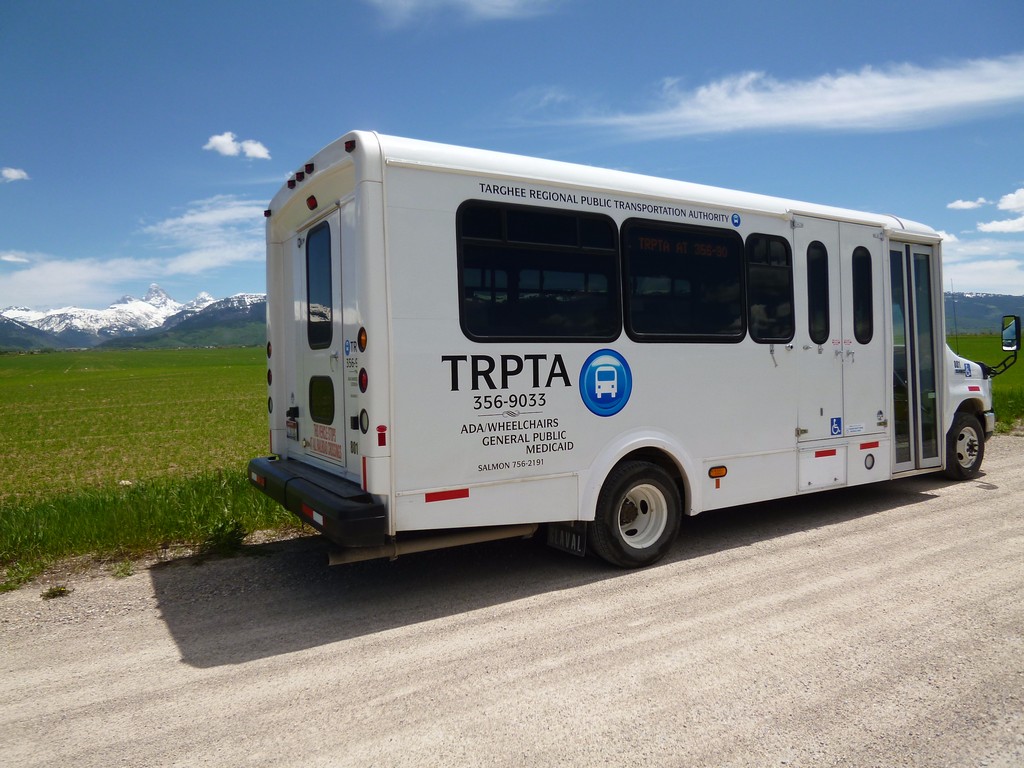 Just thinking about Sandy and how quickly we can leave this place. I'll post photos as they pop up in my extensive colection. Any doubt who the leader of this family was? 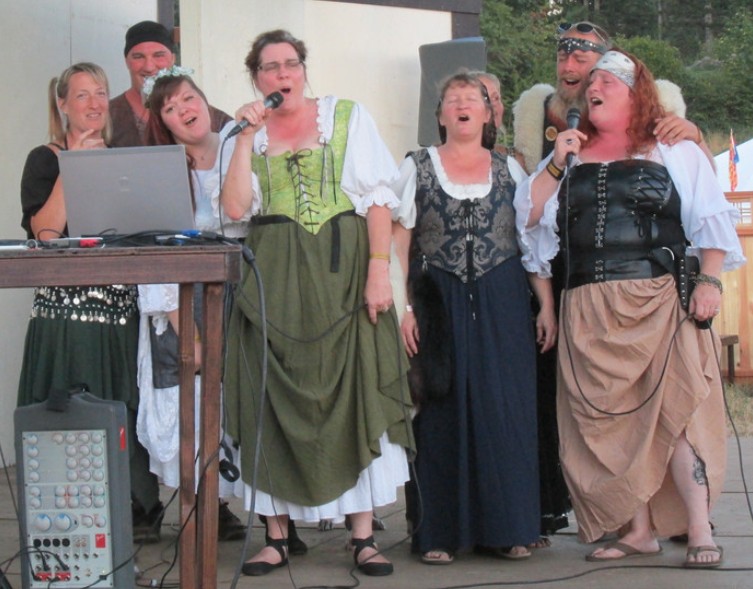 Sandy was loud, sometimes abrasive, strongly opinionated and had a heart of gold. She adopted her sister Wendys two drug born grand-babies and gave them a home they so desperately needed. When she and Jimmy left our place in Idaho after a visit two years ago she said to me well, I guess I won't see you again. She thought I was heading South while Steph was heading East. Turned out I went East and if she had just lived long enough to get out here, I would have.

I feel very sad, she died way too young and I can't imagine what will happen to her family as she was the rock. I also don't think Steph should try to get back there for the funeral, after all, Sandy always gave Steph her frequent flier miles just to go visit...

So, I am going to attempt a virtual funeral attendance for the both of us. I have all the tools: camera, microphone, software, all I need is someone back there to handle a phone or a camera so we can attend.

Here's Sandy (in the shades) with Steph and I and her daughter Monica up at Grand Targhee a while back. 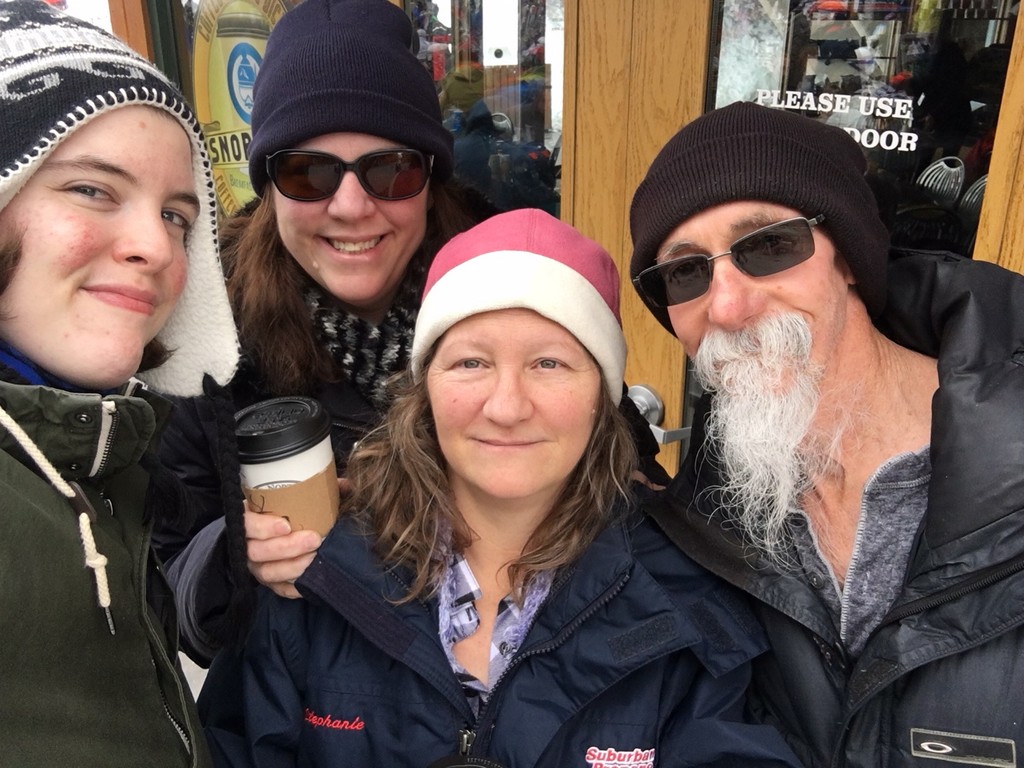 At Cornucopia with my boy Riley, Steph and her daughter Tori: Photo, at her home: Photo, at our place in Driggs: Photo, back at their old house: Photo and an old Video.

I asked Crissinda to grab a shot of our parking lot from up on the hill at the height of our busy day today. She did good:

Took a drive south on the Natchez Trace Parkway this morning into Waterloo, AL (never been there before) and snapped a shot of a little body of water, and then created a sketch from it when I got home. 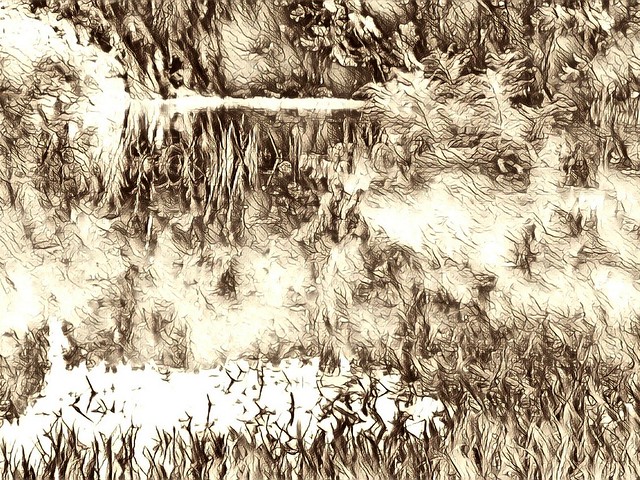 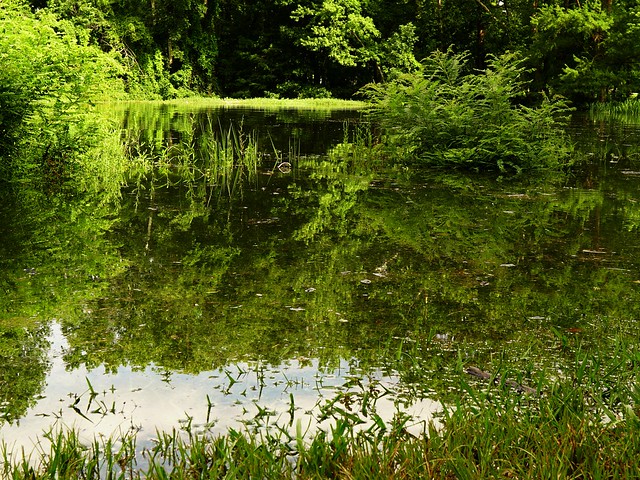