I hit the Shiloh Inn hot tub and steam room early this morning, finally got Brian down there, and we planned our day.

First stop, the restaurant next to the hotel, for breakfast. Brian was trying to be conservative because folks around here serve big meals, so he ordered french toast. I ordered some of their in house hash, potatoes and eggs.

The french toast was this giant round thing, and there were two of them. My meal was quite tasty, thank you.

The remaining french toast, and a dollop of my corned beef hash were than placed into a food box.

And then we drove to downtown Portland. Been hearing all this stuff about Portland being messed up, so we went. I have a history with this town, so I was curious.

Ya know, I got a pretty good vibe from the place. I had the window down letting everything flow.

The downtown was pretty together, the homeless camps were in the outskirts, but an occasional tent can be found.

We spotted one on the right, with a turnout area, and we stopped. There was a toothless guy with a big smile and I reached over and clicked the horn.

As he acknowledged and approached, I grabbed the food box from the back seat and handed it to him, saying it's french toast and hash. He was excited and grateful, calling down into his tent for his partner to join him.

We did Portland, and continued on, smiling.

Our intention was to arrive back at Riley's in the early evening and settle down in the camper. But in the meantime, we had time.

The plan was to travel due north, avoid all the big city stuff along I-5, slide into Washington and take the back roads to Orting.

At a pit stop I chatted with a local and he directed us to the side highway system that rolls north and south, avoiding I-5.

So with Brian driving, and me navigating, we pulled it off! Never touched I-5 again, dodged all traffic issues, rolled through beautiful country that reminded me of Tennessee, and landed us back at the trailer. 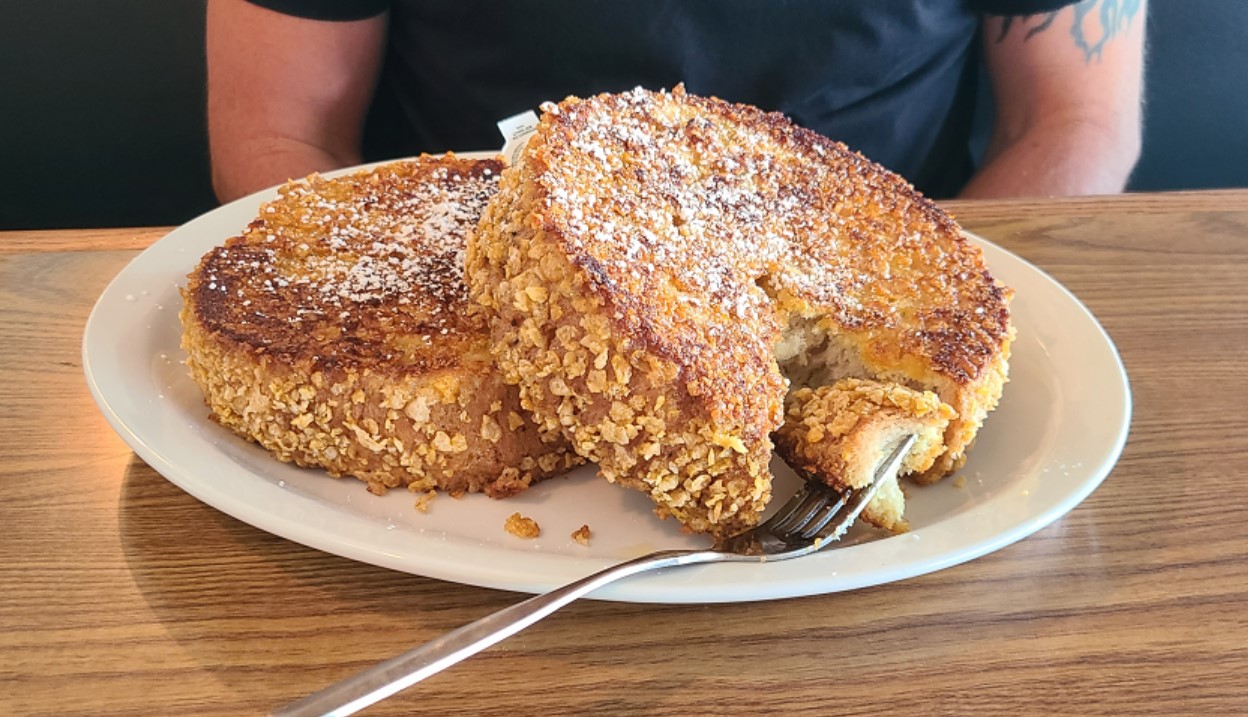